Is It Time To Hand Over Those Keys? 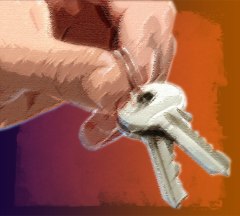 When is the right time to tell a senior loved one that their days behind the wheel are lessening with each passing day?

According to statistics, there are approximately 33 million drivers over the age of 65 regularly operating a motor vehicle in the United States. The majority of these motorists are injured daily from driving-related accidents; some even killed.

Because of medical complications, disabilities, a decline in vision and cognitive functions, the risk of vehicular fatalities increases significantly after the age of 75.

Although these are plenty of reasons to be off the road completely, telling someone who has been driving for as long as they can remember isn’t exactly the easiest conversation to have. In fact, according to a new study, published in the Journal of General Internal Medicine, from the University of Colorado School of Medicine and the CU College of Nursing, clinicians often wait too long before having “the talk.”

Based on a study conducted by Dr. Marian Betz, researchers found that most of the more mature and seasoned drivers were open to being approached earlier with driving retirement. It allows them more than enough time to process and prepare in the event they become incapable to drive.

Several states have considered instituting an elderly driving law, requiring individuals to be retested behind the wheel after a certain age.