The Dangers Of Traffic Pollution 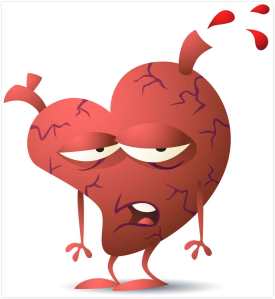 Most drivers, including myself tend to blindly jump in the car and take off to wherever it is the destination takes us with no real regards to the impact that our vehicles have on the earth we live in. Yes, I know with busy lives comes busy schedules and much transportation to and from. Nonetheless, we could still do a little something to aide in the efforts of keeping the earth intact. Simply being conscious and aware of what’s going on with the environment is a start. Those of you like me who drive pretty much everywhere, as an alternate mode could take public transportation, carpool, and even ride your bike to work. Just a day or two out of the week would help a great deal. With the recent celebration of Earth Day, the one day out of the year where the community becomes more involved in the preservation of the environment, by participating in a variety of events which bring attention to the world. Created to be an environmental “teach-in” for educating people on the impact they have on the environment and what they could do to make it better, Earth Day reaches more than one billion people in more than 175 countries around the world, inspiring awareness of the environment, spreading appreciation for the Earth and educating people on how they too can help with saving our earth.

Drivers Ed Direct, a California based driving school, compiled a list of some of the best environmental-friendly ‘Green Cars’ to ever roam the roadways. That list included: the Toyota Avalon Hybrid, the electric plug-in Honda Fit EV, the spacious Volkswagen Jetta Hybrid, and both the Ford C-Max Energi and the Ford Focus Electric. Still in all, the most successful gas-electric hybrid on the market has got to be the Toyota Prius. It was the first mass-produced hybrid in the country. On a full charge, the Plug-in can travel for roughly 11 miles in electric mode, getting an equivalent of 95 MPG. It then switches to hybrid mode, for which it is rated at a 50 MPG. 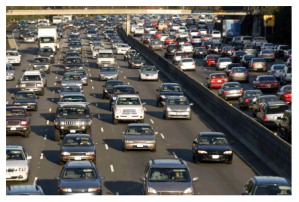 Aside from saving on gas, and spewing off fewer fumes, who knew that these eco-friendly vehicles could also be a vessel in saving lives? Check this story out:

In a research study which was based on data from the German Heinz Nixdorf Recall Study concluded that traffic pollution and noise are linked to heart diseases. Exposure to traffic pollution and noise can in the long run lead to atherosclerosis, according to the study. The long-term exposure to particle pollutants of 4,814 participants who live nearby roads with high traffic volume was calculated. The study also took account of road traffic noise and its effect on cardiovascular diseases, as recorded by validated tests. The test group’s level of atherosclerosis was then evaluated by measurement of vascular vessel calcification in the thoracic aorta by computed imaging. Results showed that in 4,238 subjects, small particulate matter and proximity to major roads were both associated with an increasing level of aortic calcification. For every increase in particle volume up to 2.4 micrometers, the degree of calcification increased by 20.7% and went up an extra 10% for every 100 meter of proximity to heavy traffic.

Furthermore, the study also found an increase in atherosclerosis associated with night time noise. “These two major types of traffic emissions help explain the observed associations between living close to high traffic and subclinical atherosclerosis. The considerable size of the associations underscores the importance of long-term exposure to air pollution and road traffic noise as risk factors for atherosclerosis,” concluded Dr. Hagen Kälsch from the West-German Heart Centre in Essen. Fine particle matter and traffic noise are believed to act through similar biologic pathways, thereby increasing cardiovascular risk. They both cause an imbalance in the autonomic nervous system, which feeds into the complex mechanisms regulating blood pressure, blood lipids, and glucose level.

See If You Can Name These Iconic Streets

America, the land of the beautiful. Nature’s paradise jam-packed with some of the most amazing landscapes and breathtaking architecture, many which include the very same streets you drive on. A lot of these streets, some right in your own backyard, in their own right have become famous from being idolized in movies, books, and songs, have made them not only iconic in history, but fascinating by all. So, just how many can you name? 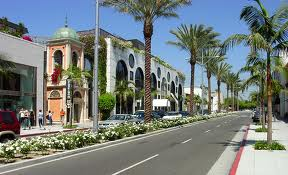 SIX: When you cruise down this well-known street, not only will you feel like a million bucks, but be prepared to spend a little as well. This three-block long drive is full of high end designer fashions, including: Giorgio Armani, Gucci, Yves Saint-Laurent, Jimmy Choo and so much more. A fashionistas dream! You can find some of Hollywood’s A-Listers shopping here, or surrounded by the millions of tourists who simply go just to stargaze. 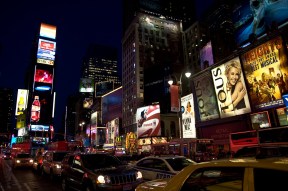 FIVE: The biggest and most famous theatre district in the United States. A lot of the big celebrities that can be found cruising down the street above have launched their Hollywood careers on this iconic block. There have been countless songs recorded about this street. It is the oldest north-south route through Manhattan. It is right up there along with other famous New York City streets, such as Park Avenue, Madison Avenue, and Fifth Avenue. While you’re there, be sure to catch a show or two. 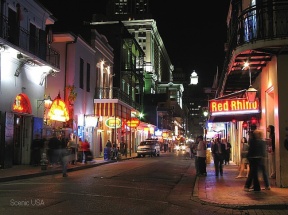 FOUR: On this famous street, the party never stops! It’s a major tourist attraction when visiting the oldest neighborhood in the French Quarter. The street is lined with buildings influenced by its French and Spanish culture, accompanied by bars, restaurants, and many other establishments to keep you entertained. This iconic street draws thousands of people from all over the world, especially during its annual celebration of Mardi Gras. 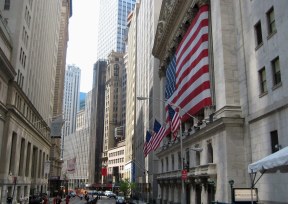 THREE: Banks, stocks, and capitalism are just some of the words associated with this New York City street. This particular street has been famous since America’s earliest days. George Washington was inaugurated to the presidency here in 1789. It is about eight blocks long and features a bull statue guard. It is also the mecca of the New York Stock Exchange. 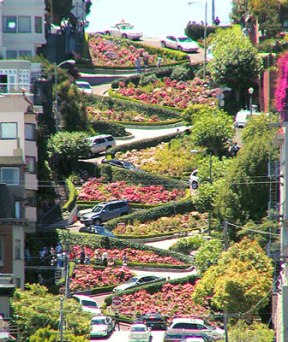 TWO: This famous street located in the heart of San Francisco is known as the “crookedest” street in the world. It is one of the Bay Area’s prime tourist attractions, featuring a 16 percent grade and eight unbelievably wild turns. Originally, it was a 27 percent grade, which made it impossible for motorists to drive down. Today, it has become one of the most must do drives in the world! 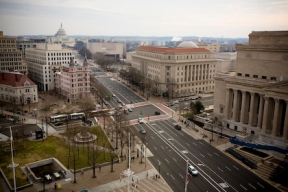 ONE: Lastly, this street just might be the most famous street in the world because it is home to the most famous address in the country. This street is a must see attraction and just about everyone who visits has to at least get one photo opt here. This avenue runs approximately 6 miles and features some of the most important buildings in our nation’s history. However, due to the high importance of this street, a part of the avenue is closed off to traffic.

How Safe Is The SaferCar App For Your Mobile Device? 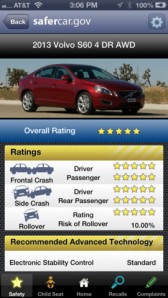 Most car shoppers would say that safety is at the top of their list when purchasing a vehicle for themselves, or perhaps even for a new driver in the family. However, with so many different types of vehicles manufactured and new safety features constantly being invented, you almost have to do an extensive investigative search on the vehicle you’re buying just to make sure it’s the right one. Aware of this, the U.S. Department of Transportation’s National Highway Traffic Safety Administration released the SaferCar app for mobile iOS devices, such as iPhones and iPod Touches. This real-time app allows anyone who downloads the feature access to crash test ratings, recalls and reviews (good and bad) on particular vehicles, the option to file a vehicle safety complaint, as well as the ability to search 5-Star Ratings for vehicles by make and model. It can also be used to scan a vehicle’s VIN, which can alert you to news and recall notices. In addition, for those new parents or babysitters out there, the app can also help with the proper installation of child safety seats by directing users to the nearest fire or police station and other entities that can assist. Not only does this smartphone app makes sense because we live in such a technologically driven society where most of our noses are spent buried in our phones, but it also provides important and vital information right at your fingertips, not to mention…it’s free! “This app takes advantage of the latest technology to ensure that consumers have the real-time information they need to buy safe, drive safe and stay safe,” said U.S. Transportation Secretary Ray LaHood.

Although the SaferCar app is only compatible with the iPhone and iPod Touch devices, development is also underway for a version compatible with Android devices. “Safety is our highest priority, and we’re always working to find new and better ways for people to access SaferCar, one of the most popular programs on our website,” said U.S. Transportation Secretary Ray LaHood. He went on to say, “This app takes advantage of the latest technology to ensure that consumers have the real-time information they need to buy safe, drive safe and stay safe.”

The launch of the NHTSA app is part of an ongoing effort by the U.S. Department of Transportation’s National Highway Traffic Safety Administration to make it easier for consumers to access and submit information about important vehicle safety concerns. According to NHTSA Administrator David Strickland, “Timely, accurate, and accessible safety data is the lifeblood of our agency’s work. The new SaferCar app literally puts the latest in vehicle safety information directly in the hands of consumers so they can make the appropriate purchasing and other decisions for themselves and their families.”

So just how safe is the new SaferCar App for your mobile device? Extremely! Easy access data and all that you need to know from the National Highway Traffic Safety Administration regarding your vehicle is available to you anytime of the day, anywhere, and always at your leisure.